The higher price of the vehicle, the more important matching numbers means.

What does Numbers Matching mean?

That is kind of a long question to answer and it is a question that everyone has, but let me try to do it in short.

First when people look at a "Numbers Matching" car, there are a few things to look for. When you talk about "Numbers Matching", most of the time, they are talking about the VIN number of the car and the car having the original equipment in the car such as engine and transmission. For the VIN number, there are a few places that it is located. First is of course up on the dash visible through the windshield. The second place for the VIN number is on the firewall located behind the blower motor. Those are the only two places on the body that the VIN number is located. Now, the VIN number will also be located on the engine and the transmission. So, when people ask about a "Matching Numbers" car, they mean first and foremost that they can find the same VIN number on those four locations listed above. Now, on the Firewall, the Engine, and the Transmission, there is really only an abbreviated version of the VIN. For example, the VIN number of your car might be 2W87Z7N188888. The VIN number located on the Firewall is only like 22N188888. So, it is an abbreviated version of the VIN, but the most important thing to look at is the "188888", which denotes your car and your car only and specifically. It is the last 6 digits of your VIN that is the most important to have on those four locations. Those are the only items that are specific to YOUR car. 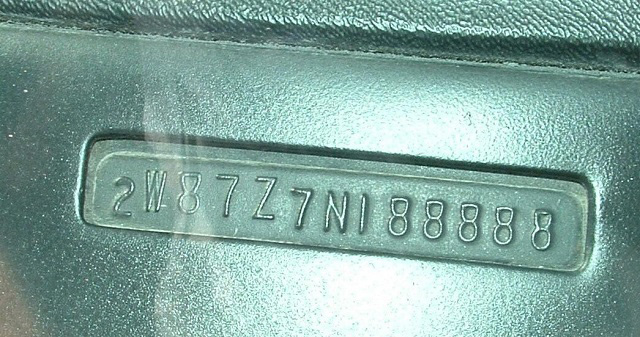 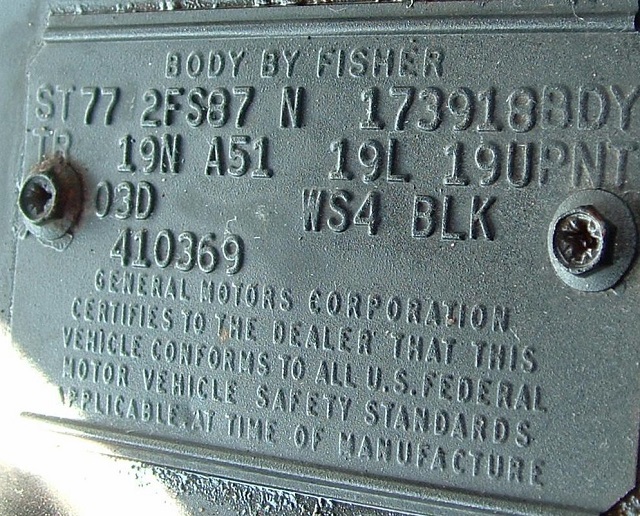 Now, to take the "Numbers Matching" car to the second level. The next set of numbers to look at is the Cowl Data plate located under the hood. On there will have a bunch of numbers and codes there as well that will denote some (yes, only some) of what your car came with and looked like. Meaning, you will have a code for the exterior color like 19L and 19U for black exterior upper and lower body paint. You will have a 19N for black cloth interior. You will also have some codes like CC1 if your car came with Fisher T-top roof, or it might have a WS4 for a Trans Am. Now again, the cowl plate lists only some of what your car originally came as. Just because your car has T-tops does not always mean the CC1 will be on the cowl tag. As we have seen in alot of places, the cowl tags can vary from year to year and also plant to plant between Norwood, OH and Van Nuys, CA. But at least it has a general description of your car and colors that was originally on the car. So, that is the second phase of the "Numbers Matching" car is to make sure the colors and options match.

Now, the third phase is where you get into all of the little tedious details of the car. This is where you can go nuts deciphering what is original to the car or not. All of the heads, carb, rear end, shaker scoops, gauges, trim, emblems, etc., etc., etc. Just about every piece on the car has some numbers on it to let you know where that part came from or what it belongs to. For example, your shaker scoop will have a GM part number on it that will let you know that yes, this shaker was on a 1977 Trans Am. Now, some of the other parts of the car like the carb will take that a step further and have casting codes and date codes on them that will tell you more information. For example, the carb might have a code of 17058276 which would tell you that carb came on a Pontiac 400 engine. It will also have a date code that will let you know when the carb was manufactured. Those date codes should closely match the other information from your cowl tag. The heads will have the same type of coding to them. So, all of the parts on the car will have some sort of "Numbers" to them. I could go on and on about all of the numbers and the codes, but that is where you can drive yourself nuts looking up all of the codes and such. If you don't have the Pontiac Parts and Illustration Catalog yet and are big into numbers matching, then I would suggest picking up a copy so that you can look up all the part numbers. 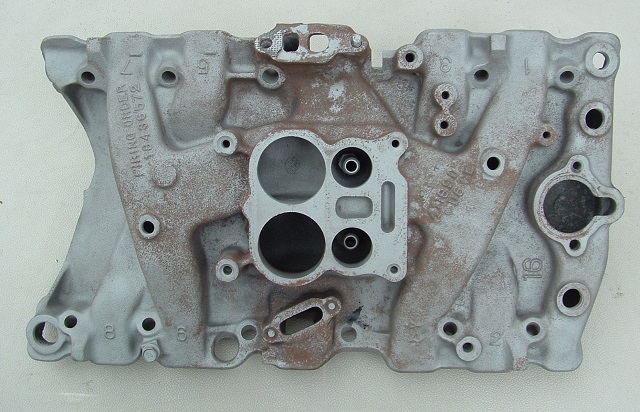 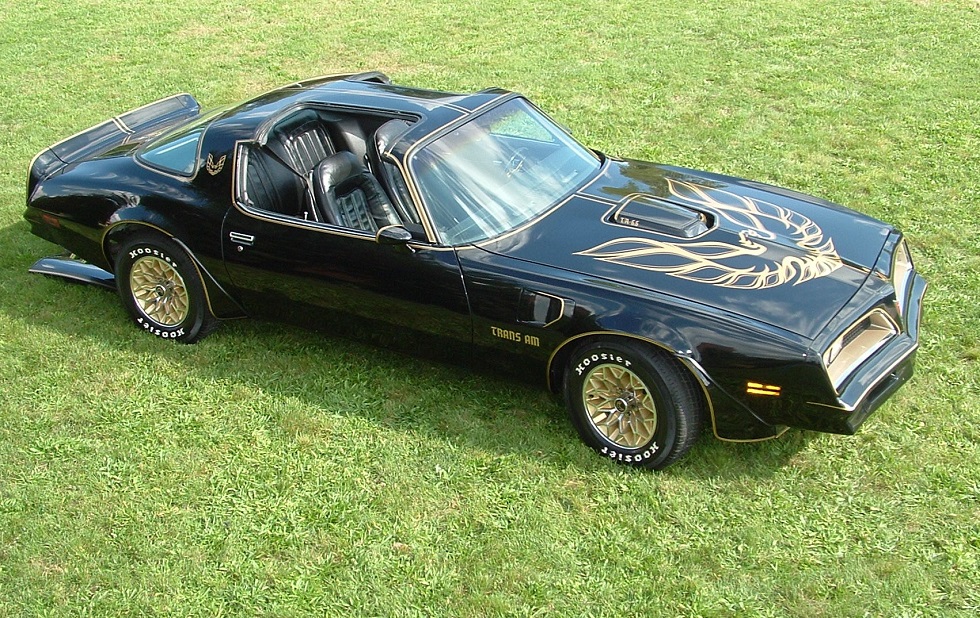 The main point of this is that look for the VIN number in those four locations (the firewall one being the hardest to look at without dismantling the blower). Then look at the Cowl plate for further numbers. That is mostly the extent of a "Numbers Matching" car. Now, for most Trans Ams, that is what you need to look out for. Now, if you were spending over $100,000 on a 1973 455SD car, then I am sure you would go further and look at all of the dates codes and casting numbers on all of the other parts. But for most Trans Am buyers, the first and second phase of the "Numbers Matching" is good enough. I will have more information and photos posted up here as I gather them over the next few weeks to show you more detail, but at least this is a start.